The day I met Bill Johnmeyer was the biggest in what had to that point been a series of tests administered to me from his son.

From the day of our first date, Josh had been throwing me into situations that would have been stressful enough alone, and then adding little bonus stressors like sprinkles on top, largely, I suspected, for his own amusement.

The first day we spent together, he took me kayaking with three of his best friends. The four of them were basically seasoned kayaking professionals, and I was straddling my borrowed kayak and trying to smile through sheer and total panic.

The second night we spent together, he told me he loved me.

(That happened to be the same day as the kayaking.)

So it was, on this accelerated schedule, that I met Josh’s father less than a month after I met him.

A week before I officially pulled up my Nevada stakes and moved in with Josh.

I met him at a wedding.

Of a family member.

Over which he presided, as the officiant.

That wasn’t all. Josh didn’t introduce Bill to me as his father, either. I had met many people that day by the time I reached out to shake another hand, and so the man who turned and locked eyes with me didn’t register as being any more or less important than the ones I had met before.

But the grip of his handshake and the sharpening of his blue eyes told me that he was somebody.

And then I found out that he was only the most important man in Josh’s life.

Later that evening, at the reception, Bill pulled up a chair at my table and began to talk. He told me that sometimes love happened quickly, and that sometimes people rushed into it. He asked me several questions, in that light, disguised way you do when you want to put someone at ease before you put the screws to them. All of those questions were leading up to the main one. The only one he really wanted to ask.

“So, you’re in this for the right reasons?”

He told me about meeting his wife. He had decided that he was ready for a relationship after years of living as a free-wheeling bachelor. He told me he had asked the Lord for a God-fearing woman who loved to ride horses and was as comfortable in the stables as she was in the sanctuary. He told me that he worried, when he prayed for his dream girl, that he was being a little too specific. But then he met Donna, and she was even more than what he had imagined.

As light as his tone was, his eyes told me an additional story…that he really hoped I wasn’t going to hurt his son.

I tried to telegraph back to him that I never would.

By the close of our conversation, he had me wrapped around his little finger.

And after that, I was his. I was so instantly comfortable with Bill Johnmeyer. And so was everyone who met him. He has a way of making you feel like you’re the only person in the room. He’s gentle and kind, but also a wicked sharp, intimidatingly good, pitch player.

He carefully taught me to play pitch. And then he taught me again.

He would always volunteer to be my partner, even knowing that it meant certain failure. Never once, as we dropped hand after hand, did I sense impatience or irritation from him.

He made me feel like a million bucks. Every time we saw one another, his eyes would light up and he would sing “Hey Good Lookin’.” He made me blush, and laugh, and blush again. We shared an intense passion for food, particularly pie or sweets in general, and I tried to make my very first butterscotch pie for his birthday in May 2016.

And I failed, you guys. I failed so hard. I did not have a good mixer for meringue, and then I sat the damn thing on top of a warm stove top, and long story short we had butterscotch soup.

He ate it like that had been the plan all along, even as everyone else mocked my absolute failure.

When Bill met my son, he instantly became the kind of grandfather that Hunter hadn’t experienced. He beamed the full, beautiful, shining Bill Johnmeyer light upon him the moment they shook hands. I watched Hunter fall in love with him just as I had. I had to sneak around the corner to cry a little bit. I’m not a religious person, but watching my father-in-law reach out to my son and fold him in so effortlessly was easily the answer to a prayer I had never offered.

I can never express how much that meant to me. The way to my heart is, without a doubt, through my son.

But also totally my son.

The truth is, Bill folds everyone he meets in so effortlessly.

And now, that big, strong man with the most loving, beautiful heart…is sick.

He’s sick in the way that makes your heart clench up and everything go white as you are hit with the news. Not Bill Johnmeyer. Somebody this beautiful, this selfless, this larger than life, should never get sick…at all.

And I’ve watched people from near and far come through his door these last couple weeks. I’ve watched countless tears flow freely from the eyes of grown men, of women, of children. I saw a congregation pack up and bring church to HIS house, four-piece band and all. I’ve watched folks sing with him, lay hands on him, and pray for him…but, most of all, I’ve watched them love him.

At the end of one of my favorite movies, It’s a Wonderful Life, the population of Bedford Falls pours into George Bailey’s house, and his brother, Harry, raises his glass.

“A toast to my big brother George – the richest man in town.”

No offense, George, but I think I found one even richer. 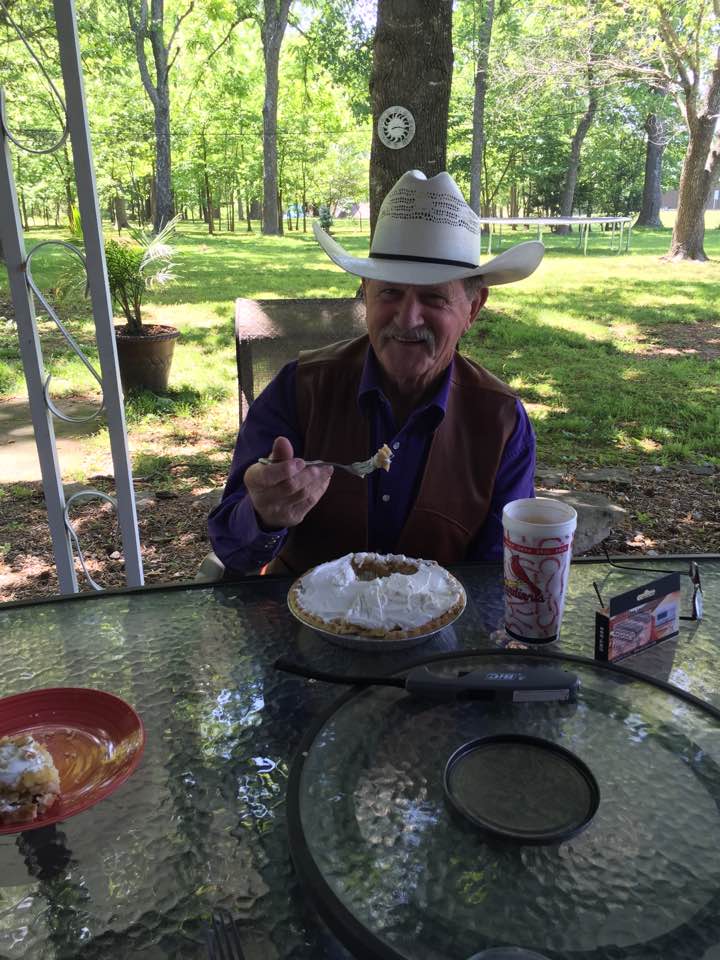 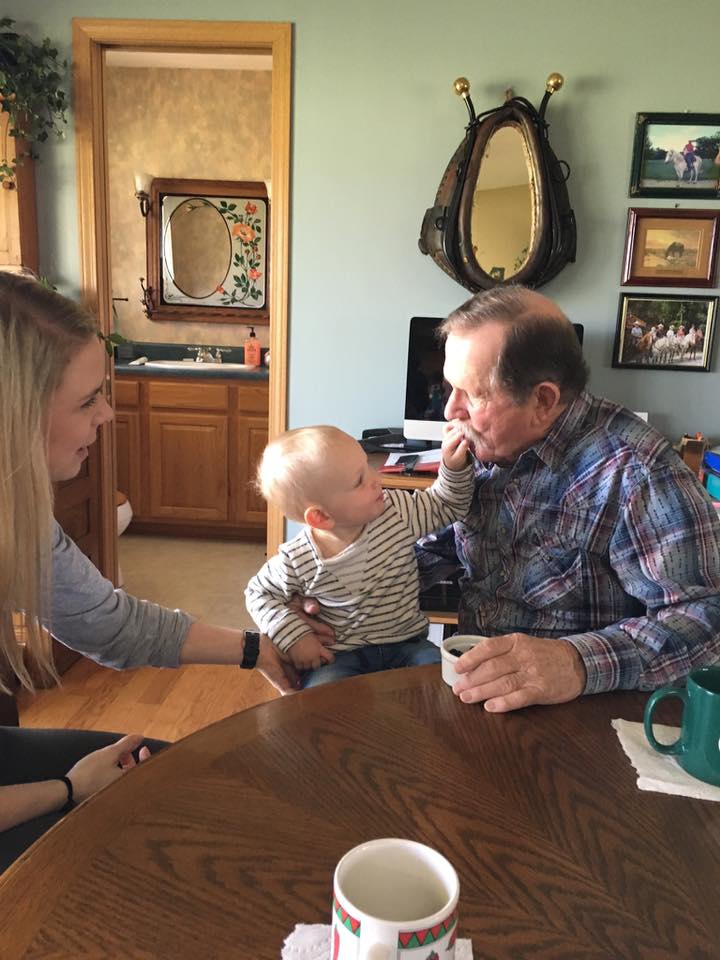 One thought on “The Richest Man in Town”